Will this put an end to land fraud in Kenya?

Are land and property owners in Kenya ready to be issued with new title deeds replacing what they currently have?

Well, Kenya as a state has shifted the administration and management of land to new laws in order to boost/curb fraud and also improve on efficiency in land transactions.

The Land registration Act , 2012 which has a lot of changes with regards to the manner in which private land is managed is now being implemented and The ministry of lands and physical planning has clearly indicated that all title deeds will now be handled under it.

What does this now mean to land owners?

How will this put an end to land fraud in Kenya?

Previously all land transactions and property dealers in Kenya have had different ways to obtain title deeds in the old regime. However, under the new arrangement, the Land ministry will utilize the Registry Index Maps (RIMs) as a reference, replacing the deed plans, further minimizing land fraud.

RIMs do display all land parcels within an area as opposed to a deed plan that captures data on one specific parcel. This makes it easy to easily note if there has been any change or alteration in the registry

The previous regime had land registration carried out under the Registered Land Act (RLA), the Registration of Titles Act (RTA), the Land Titles Act (LTA), and the Government Lands Act (GLA) and each of these pieces of legislation created their own register, making land registration complex. “This confusion occasioned by the different regimes has become a breeding ground for fraud, delays in service delivery, centralization of land services and threats to the right to property,” says Lands Cabinet Secretary Farida Karoney.

Titles issued under the RLA and RTA are the most common in Kenya. With the new laws, the registrar of Lands is now set to issue new ones to replace them under different land tittle numbers. This exercise would ensure administration and management of land is done under a common law—the Land Registration Act, 2012.

Is all lost to landowners in the old regime?

The answer is a NO!.

All current titles issued will be cancelled and new ones will be issued under the new legal regime while retaining the ownership, size and the other interests registered against the respective title.

The Land oundaries, as well, will not be affected since RIMs are generated from survey plans with fixed boundaries.

This said, both the RIMs and the survey plans are accessible to land owners on request for verification of boundary details at the Survey of Kenya Headquarters in Ruaraka, Nairobi.

The land conversion process will entail preparation of cadastral maps together with a conversion list which indicates both the new and old numbers for parcels of land within a registration unit or registration section/ block number and their corresponding land sizes.

Cadastral maps together with a conversion list will be published in the Kenya Gazette and daily newspapers, with the notice specifying when the register shall be open to the public for transactions or dealings within the registration unit.

After this, any individual(s) with an interest in land in the registration unit shall lodge a complaint to the registrar who shall resolve the same within 90 days of receipt.

A notice will be published in at least two newspapers of nationwide circulation and announced in radio stations of nationwide coverage inviting registered owners to make applications for replacement of title documents from the closed registers.

The application shall be accompanied by the original title and the owner’s identification documents. The registrar will replace title deeds with new ones but retain the old title documents for record and safe custody.

All title documents held by third parties, including banks, hospitals, and courts as security at the time of commence Lands ment, shall be replaced upon application by the proprietor. The general public is advised to take note of the converted parcel numbers.”

There is a pilot run of the migration is already underway in Nairobi with some 5,493 parcels already marked for conversion by the Registrar of Lands.

Feel free to give us your feedback and what you think about our topic today. Also you can visit our website by clicking here. 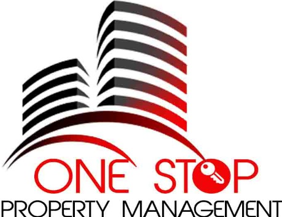 Would you like a stress free income without the annoyances of daily property management? One Stop Property Management is your solution.

One Stop Property Management brings its expertise and data from our current inventory to offer the most efficient, advantageous professional property management services for all types of high-end residential, vacation and commercial properties. From small single family homes to large apartment buildings or communities, vacation homes and villas, commercial buildings and shopping malls.

Our unique approach, technological systems, and efficiencies are derived from varied experiences in this field and in leveraging on modern technology and data obtained in this industry.

Even though most real estate companies who offer property management services are primarily brokerages having sales as the main focus. One stop routinely turns down opportunities that may spread resources to other unrelated areas which might dilute our service quality standards. We manage property wholesomely, and that is all we do. One Stop Property Management ltd is laser-focused on becoming the leading high-end property management and Investment Company globally.

One stop advises and represents investors looking to purchase rental, commercial and vacation properties. We offer current owners a complete service that will result in more free time and better returns without stress. Clients of One Stop Property Management enjoy the benefits of professionally screened tenants, low vacancy rates, savings on facility repairs and the rapid leasing of available properties. One Stop provides hassle free rental income for property owners and exceptional services for our tenants, with advanced proprietary software, experienced staff and polished procedures. One Stop Property Management is providing you with the new way of staying in style.

Please enter your username or email address. You will receive a link to create a new password via email.